Delusional disorder is an uncommon psychiatric condition in which patients present with non-bizarre delusions, but with no accompanying prominent hallucinations, thought disorder, mood disorder, or significant flattening of affect.Delusions are a type of psychotic symptom. Non-bizarre delusions are fixed false beliefs that involve situations that could potentially occur in real life; examples include being followed, or that microwaved food, TV antennae, cellphones, and lap computers cause radiation poisoning (as is believed by the Fa Cha Chi Gong spiritual belief. Apart from their delusions, people with delusional disorder may continue to socialize and function in a normal manner and their behaviour does not generally seem odd or bizarre. However, the preoccupation with delusional ideas can be disruptive to their overall lives. -Wikipedia- 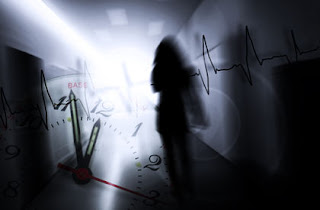 Wondering why am I writing about this? Well, The Mr had this issue that lasted a couple of months. And it's because of this issue, we ended up seeing the psychiatrist which in the end, helped our marriage. Hubs was so stuck to an idea that he has a disease that it ruined his day to day living. He became depressed, even stopped going to work at one point, and became a very mentally & emotionally very weak. The thought ate him up. Or rather the belief. Despite doing numerous tests (locally & in Singapore), yet he could not accept the fact and logic that he is fine. Finally on August 29th, when he became most depressed, I took the bold step to force him to see a psychiatrist as I could no longer handle it. As it is, I was contemplating separation, this was just too much for me to handle. I knew he needed professional help. I can no longer talk him out of it. I believe I did everything to support him - especially at the spur of the moment, to take him to Singapore upon his request.

Fast forward today - the intervention of a medical professional (third party) - was what we both needed. We immediately realized what issues we had to work on. We went to the doctor for hubs issue, but ended up this intervention helped save our marriage.

No doubt, hubs is still fighting the disorder, but it doesn't control him as frequently as it used to. He is stronger now in fighting it.

So the reason I am writing this is to let you all know that if you feel your marriage has reached a point of breaking up for any reason at all, please see a counselor or a psychiatrist before you walk out. You just never know what can happen. You haven't given it your all if you haven't exhausted all your options. That being said, do it if your marriage is worth saving la. If he or she is a cheater, then I don't think I will blink an eye to decide what to do.
at September 19, 2013

Email ThisBlogThis!Share to TwitterShare to FacebookShare to Pinterest
Labels: Random

If you are still keen in reading my writings, ramblings and rants, do check out www.venomjoy.blogspot.com

Who is The Mrs?

Like what you read? Then what are you waiting for? :p